The exhibition displays the works composed by the Paris-traveling artist -- Kevin Yu in the last three years, and reveals the new level that he has reached by longtime research on abstract geometry. From the works, it’s easy to find out that the core of his creations mainly focuses on conferring the verification between absolutely geometric figure and abstract color. Using absolute plane of square and complex layers of color attracts audiences’ consideration to things between space and light.

While taking plane as the direction to create, in addition to restore absolutely geometric figure of plane, whether quality appearance and expression of layers harmoniously responding to absolutely geometric form also appears a key point to create. In another series, drawing and sticking by materials shaped in T and diamond unroll the poetry kind of explanation to boundary line; asking audiences to participate in some extent for appreciating its aesthetic and strength laying on 3D through diversion of sight-point.

Limitation of physical space and visible light (color) only exists in the nature of physics; as soon as interpret and authenticate it by human thinking and affection, condition of the limitation would disappear at the moment. “Limitation” doesn’t exist in infinitely extensive imagination and exploration but the moment of determination to involve in or not. In limited condition of physics, the artist presents unlimited possibility of human wills through pain-brush~ that is authentication between color and form, and the track of restoring painting backward to pure color and form. Kevin Yu’s untitled works symbolize the infinite in words and perception and brilliant view to geometrically abstract expressionism.

Kevin Yu’s abstract painting emerges esthetics of relativity and persistence of creation for a dozen years that he never ceases to seek the ultimate to inner content; constantly experiments, expands, and releases any possibility in the field of abstract geometry. When Kazimir Malevich declared the possibility of abstract expressionism moving toward anti-figuration from figuration, Kevin Yu mounted lumps of hard frame and reasonable shape with random and supreme dialogues by vocabularies of drawing color and form out the automatic writing to exploit more inner contents of geometrically abstract expressionism that bring plane creation in Taiwan a possibility of new orientation and thinking.

After confrontation of rationality and perceptiveness is liberated, metaphor appears from the marks meant to erase from “secondary applying”; it lightens since went through the heaviness, it clarifies since went through blur. The space transforms to poetry that is strewn over without border; blinkingly sweep to end the time, it sparkles the same wave-light Monet did in Gineia at late of his age; fragrance has gone and gracefulness has wilted though, the beauty never dies.

As if inverted image reflects on the universe of lotus pond, Kevin Yu’s awareness and emotion in geometrically abstract expressionism slowly spread out like the poetry’s image within disclosure and extension of square and texture. 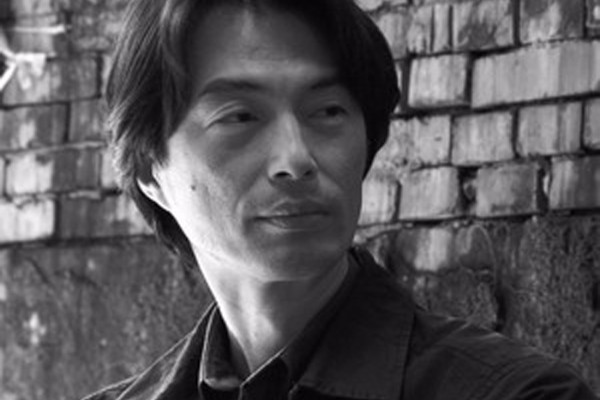